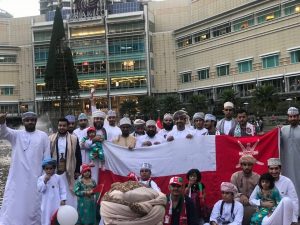 Malaysia has become a preferred destination for higher learning education for the following reasons:

Cost of Living and Tuition Fees 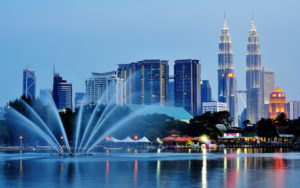 Malaysia is an incredibly inexpensive and highly affordable country in tuition fees, living and housing, as well as the prices of various means of public transportation within the country. The main currency of Malaysia is the Malaysian Ringgit (RM); the US Dollar is equal to about 4 Malaysian Ringgit and is almost changing according to the volatility of the value of trading in the international markets.

B) Food consumption: On average, a student can survive comfortably by spending between RM600 to RM900 per month on food.

C) Transportation: A variety means of public transportation are available within the country such as buses, trains and taxi which is a bit expensive. There are also a cheap ride-hailing alternatives for instance Grab.

E) For picnics, cinemas, parks, shopping, islands, highlands and museums and other tourist destinations, all places can be visited during the weekend and holiday, all at reasonable prices for students.

Malaysia has 36 domestic airports, including Kuala Lumpur’s old airport and other domestic airports in most states and islands as well as Sabah and Sarawak states. There are a variety of airlines that takes domestic routes within Malaysian airports and the famous domestic airline is undoubtedly Malaysia Airlines, but it is in most cases more expensive than AirAsia, which is considered as the Malaysia’s economic aviation. Firefly is also another alternative operating in Malaysia.

The Prominent Airlines Operating between the Sultanate of Oman and Malaysia

It is the best choice for non-stop direct flights between Muscat and Kuala Lumpur with approximately two daily flights.

Another option to travel to Kuala Lumpur via Doha Airport as a transit station is two to three times a day.

It is also one more alternative to travel to Kuala Lumpur through Dubai International Airport as a transit with two to three daily flights.

It is one of Malaysia’s most popular and cost-effective transport routes, covering almost all points within cities and between states in Malaysia. It is the most preferred transport for many people. The cost of bus in Malaysia is basically less than using other means of transport.

All buses within Malaysia have a distinctive number and each bus has a single route. After renting an accommodation in Malaysia, it is recommended to check the nearest bus station and get to know the buses numbers passing through own area and stops.

It is worth mentioning that most universities in Malaysia have own buses that operates from the university campus to nearby areas and dormitories. Students can check with their university and get the university bus schedule and stops.

If the student prefers to use bus to travel, it is recommended that to select the place of residence would be on the university bus route in order to easily to move to and from the university.

In general, there are two types of trains in Malaysia; a train outside the city which is actually a ground train and is known as KTM. The train inside the city is an electric and pneumatic train known as LRT, MonoRail, Rabid KL and MRT.

The KTM train is slower compared to the electric trains. On the other hand, the electric trains are located only in Kuala Lumpur and have access to all points of the city. At the present time there are many updates in the train network to include other cities.

Taxis are one of the expensive means of transportation in Malaysia. Many foreign students who arrive to Malaysia have no background on this matter and rent an accommodation in areas where the university bus or train do not cover. Thus, they have to ride taxi every day to travel and spend more. It is recommended to use taxis only when necessary.

It is one of the best means of transport in Malaysia. Students in Malaysia or tourists can easily download the Grab application in the mobile phone and start booking a car to the drop off destination and the App will assign the closest taxi to them and get the estimated fare upfront.

There are many car rental companies that rent different types of cars on a daily, weekly or monthly basis. As a student you can easily buy own car as long as you have international or Malaysian driver’s license.

Malaysia is established with various international banking and financial services, including Islamic banking, electronic transactions and online bills payment. An Omani student can easily open an account at any local or international bank located in Malaysia as long as he/she has a student visa for at least six months validity and provide confirmation letter from university.

Malaysia enjoys seasonal tropical climate and the weather is quite humid with rainfall throughout the year, however the highlands experience cooler temperatures.